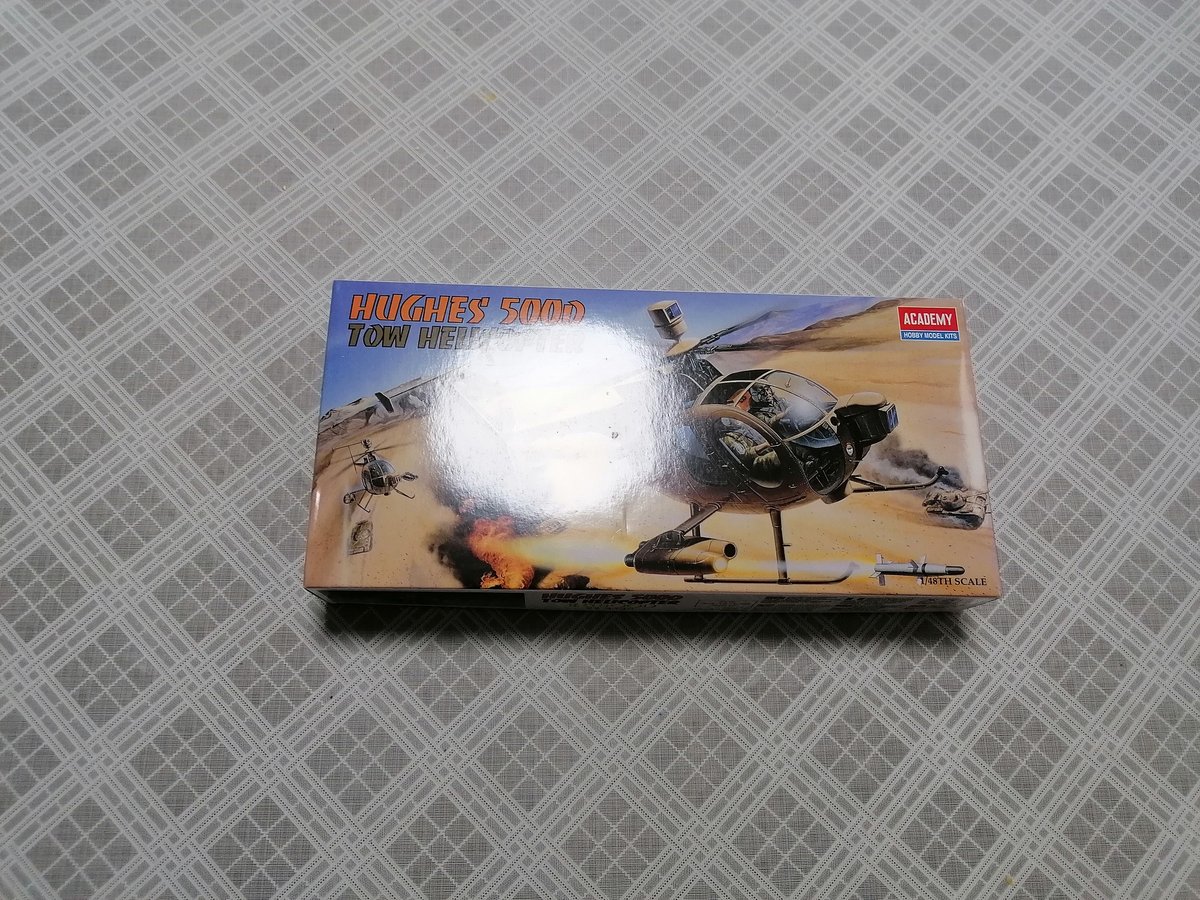 Hughes/MD 500
Prior to the OH-6's first flight, Hughes announced it was developing a civilian version, to be marketed as the Hughes 500, available in basic five- and seven-seat configurations. A utility version with a more powerful engine was offered as the 500U (later called the 500C)

The improved Hughes 500D became the primary model in 1976, with a more powerful engine, a T-tail, and a new five-blade main rotor; a four-blade tail rotor was optional. The 500D was replaced by the 500E from 1982 with a pointed nose and various interior improvements, such as greater head- and legroom. The 530F was a more powerful version of the 500E optimized for hot and high work.

The Defender MD-500 is a multi-mission helicopter for reconnaissance and also for combat helicopter missions designed as a development of the light helicopter for reconnaissance: OH-6A "Caius", which was used successfully in the Vietnam War and its civilian version, the M500. Like its predecessors, the Defender has a cockpit with a typical bubble shape and the pilots sit in it side by side. The Defender also has light armor for the crew compartment and engine, sealed fuel tanks and outer arms for hanging armament. He also composed of a rotor with five blades, reducing the noise of the helicopter. The Defender first took off in 1977 .

In 1984 Hughes was acquired by McDonald Douglas and the helicopter name was set at MD500.

The helicopter, in the anti-aircraft version, was captured by the Israeli Air Force in 1979 and was called a "juggler . " Israel purchased about 30 Defender helicopters after the United States limited the number of AH-1 Cobra helicopters it agreed to sell to Israel

Its advantages were its agility, its low price (about 40% of the price of a Cobra helicopter ) and its quietness. In Israel, a number of changes have been made to the helicopter: among other things, the gas exhaust opening has been shifted to make it a little more difficult to identify the helicopter by heat-guided missiles. Until 1980 the helicopters were attached to the 160 and 161 squadrons that flew Cobra helicopters , later a dedicated Defender Squadron was established and given the number 190 . The squadron was established at Ramon base and then moved to Ramat David base to reduce the range problem in operations in Lebanon and prevent the helicopter from functioning in hot conditions. A limited number of helicopters, in an unarmed version continued to serve in the Cobra Squadrons as patrol helicopters. At their peak, about forty Defender helicopters served in the Air Force.

In July 1980 , the first juggling of juggling helicopters was carried out in the Lebanese Valley.
Beginning on June 6, 1982 , the first day of the First Lebanon War , the Defender helicopter squadron attacked terrorist positions and squads. On June 8, the Defenders attacked a radar station near Damor in preparation for Operation Aretzev 19. From June 9, the third day of the war, the helicopters also attacked Syrian armored forces in the Lebanese Valley , making them the first helicopters in history to take part in a battle against tanks . percentage vulnerability of helicopters Defender was higher than cobra helicopters, more sophisticated, flying parallel to them. on June 11 , helped Hdifndrim tanks were to break the Beirut-Damascus road . Umm Safa area. when the helicopters attacked 15 tanks T-62, One of the helicopters was hit in the tail as a result of a close explosion of a tank shell, and a crash landing. The pilots were hit, and the lightly injured pilot managed to rescue his friend, the two pilots were picked up by a Bell 206 helicopter (Saifan).
In August 1984 , Defender helicopters successfully attacked from the deck of a 4.5-whirlwind assault ship base of naval terrorists on the Al-Bard River, 170 km from the Israeli border.
The last extensive operational use of the Defender helicopters was in an accounting operation in 1993 . The helicopters attacked 20 terrorist targets, mostly in central Lebanon, including a Hezbollah ammunition depot . Tanks were also attacked in the Haris area. In this operation, the IDF used missiles for the first time to target intelligence targets.
Despite its agility, the helicopter found it difficult to integrate into the Air Force's operational activities in the late 1990s . When loaded with missiles, the helicopter had difficulty functioning at high altitudes and in hot weather, and its flight range became severely limited. In the mid-1990s, when the Israeli Air Force purchased more Cobra helicopters and decided to purchase AH-64 Apache helicopters , the Defender was pushed out of place. The squadron that operated it absorbed Apache helicopters and Defender helicopters were converted to advanced training of assault pilots or sold. Five Defender helicopters were sold for the price of $ 100,000 only to a Canadian company that transferred them to Colombia , which led to tensions in Israeli-US relations over the claim that they were used as drug dealers.