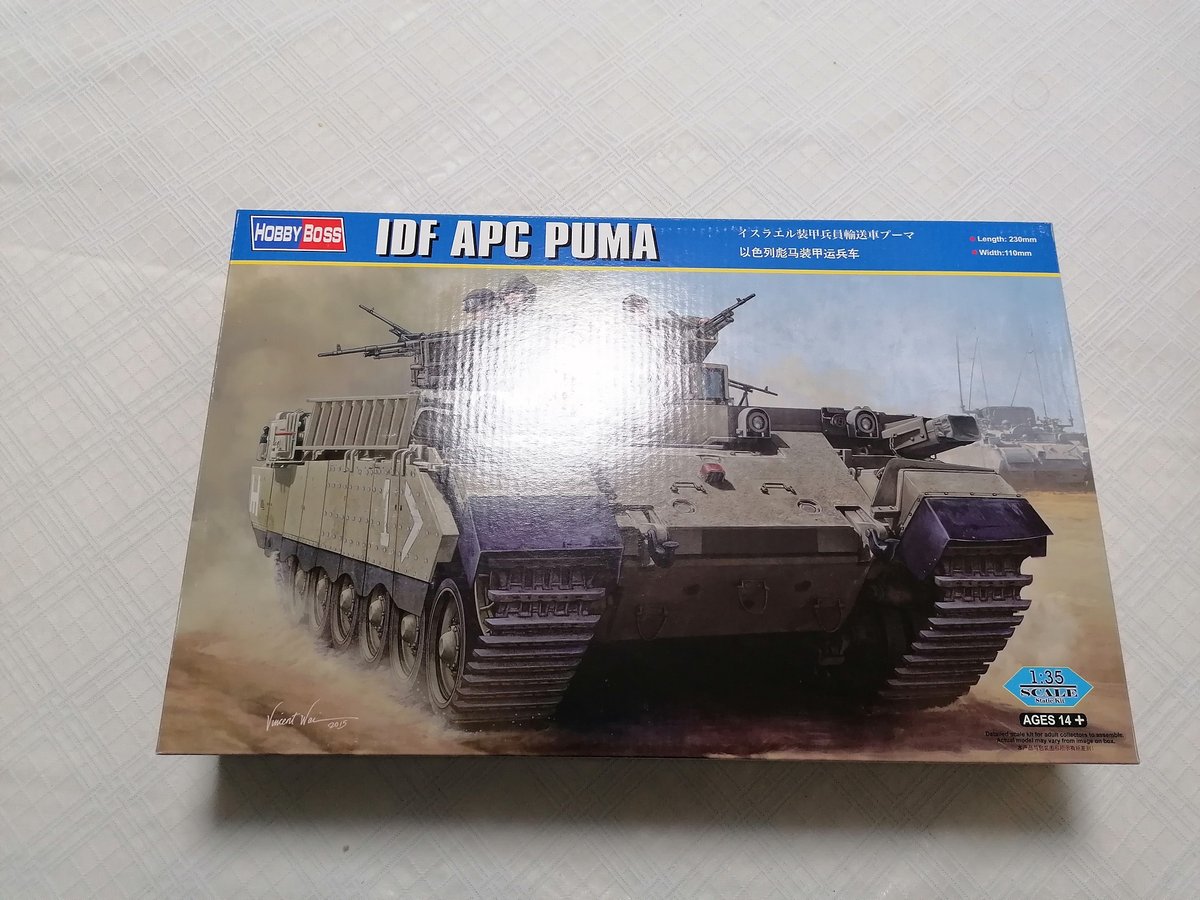 The kit consists of over 870 parts
the kit w/refined detail
multi-slide moulded lower hull
photo etched parts included
individual tracks
Model Dimension Length: 230mm Width: 110mm
The Puma is a heavily armored Combat engineering vehicle and armored personnel carrier that the Engineering Corps of the Israeli Defence Forces has used since the early 1990s. The vehicle can carry a crew of to eight. The 50-ton vehicle's speed is 45 kilometers an hour.The Puma uses the hull of the Sho't, which is itself a modified British Centurion tank.
Armament consists of three 7.62 mm FN MAG machine guns, including one in a remote turret that the crew can control from within the cabin by a Rafael Overhead Weapons Station (OWS). The vehicle also has a 60mm mortar and two launchers for smoke grenades.
*Shipping TIME 10 DAYS*