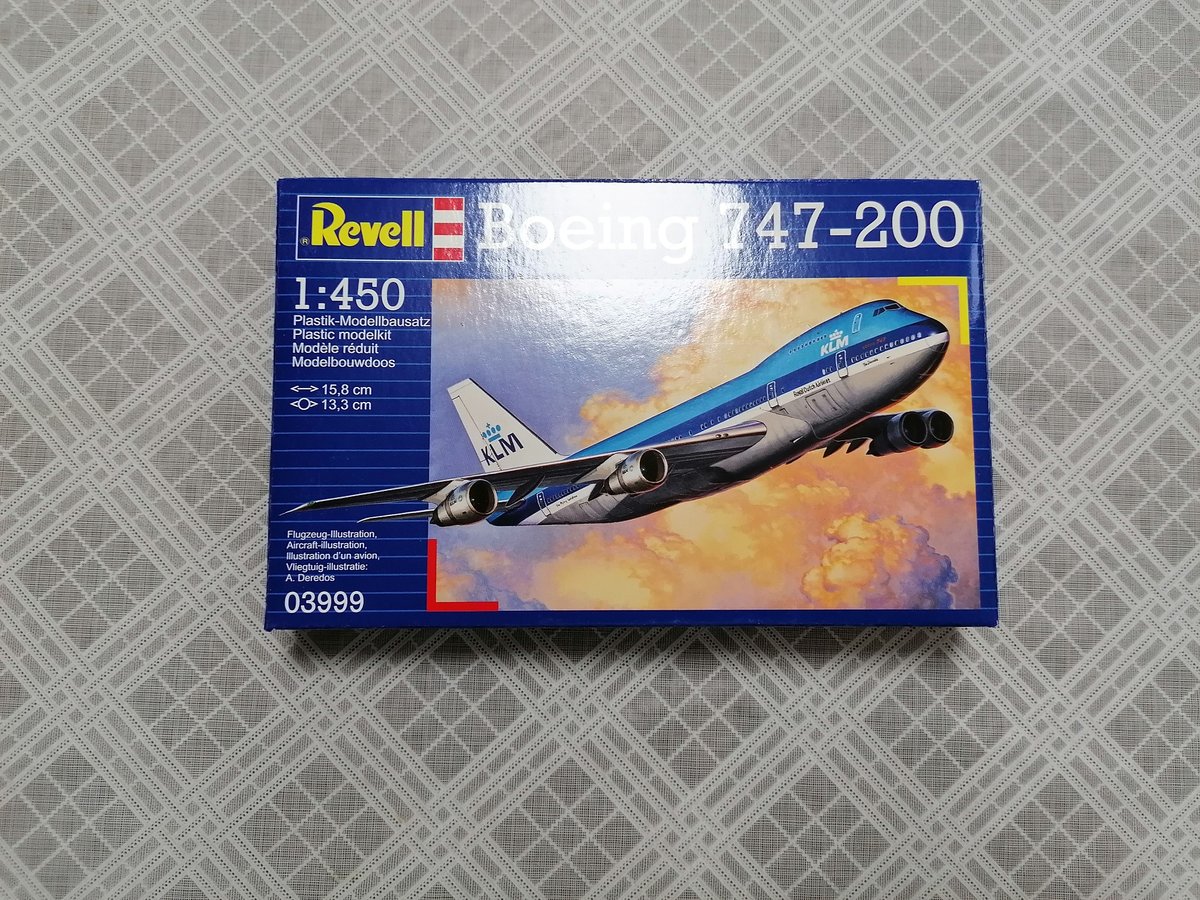 Until the maiden flight of the Airbus A 380 on 27th April 2005, the Boeing 747 - commonly
known as the „Jumbo-Jet“ - was the largest transport aircraft in the world. It originated in
1965 after a request from Pan Am who were looking for a replacement aircraft for the Boeing
707. The new aircraft should be able to carry twice the number of passengers over a considerably longer distance whilst at the same time being able to accommodate a larger volume
of air-freight within the fuselage below the passenger cabin. The result was the Boeing 747,
the first wide-body aircraft built for civil aviation. Its maiden flight took place on 9th February
1969 after Pan Am had already ordered 25 aircraft in 1966. For the final assembly line, Boeing
built - according to volume - the largest Hangar in the world in Everett near Seattle, in the
State of Washington.
Characteristically for the 747 a fuselage design was chosen with an upper deck over the passenger cabin, which reached all the way forward into the nose. This design led to an extremely high cockpit which initially caused problems for many pilots. Even during the mass production phase of the 747-100, plans were made for modifications which included more powerful
engines and a greater fuel capacity. At the same time structural weaknesses which came to
light during the 747-100’s time in service were modified. The new version received the designation 747-200. It could be fitted with a variety of engines as required by the airlines. KLM
who, on 16th January 1971 became the first customer to receive the Boeing 747-206B, had
Pratt & Whitney JT9D-7 engines fitted. Externally the -100 and the -200B could only be distinguished by their engines. After the 147th 747-200, the interior upper deck was lengthened
and now instead of the previous three windows per side had ten.
The KLM 747-206B, PH-BUB which can be built from this REVELL Kit, originally also had three
windows but was however later modified. Altogether a total of 225 examples of the 747-
200B version were built. The last two aircraft were delivered in 1990 to the American Air Force.
There they were modified for the role of carrying the President of the United States of
America, given the designation VC-25A and the famous Callsign „Air Force One“. In 2004 after
33 years in service, the last of a total of 14 Boeing 747-206B’s of KLM -Royal Dutch Airlines -
was retired from service.