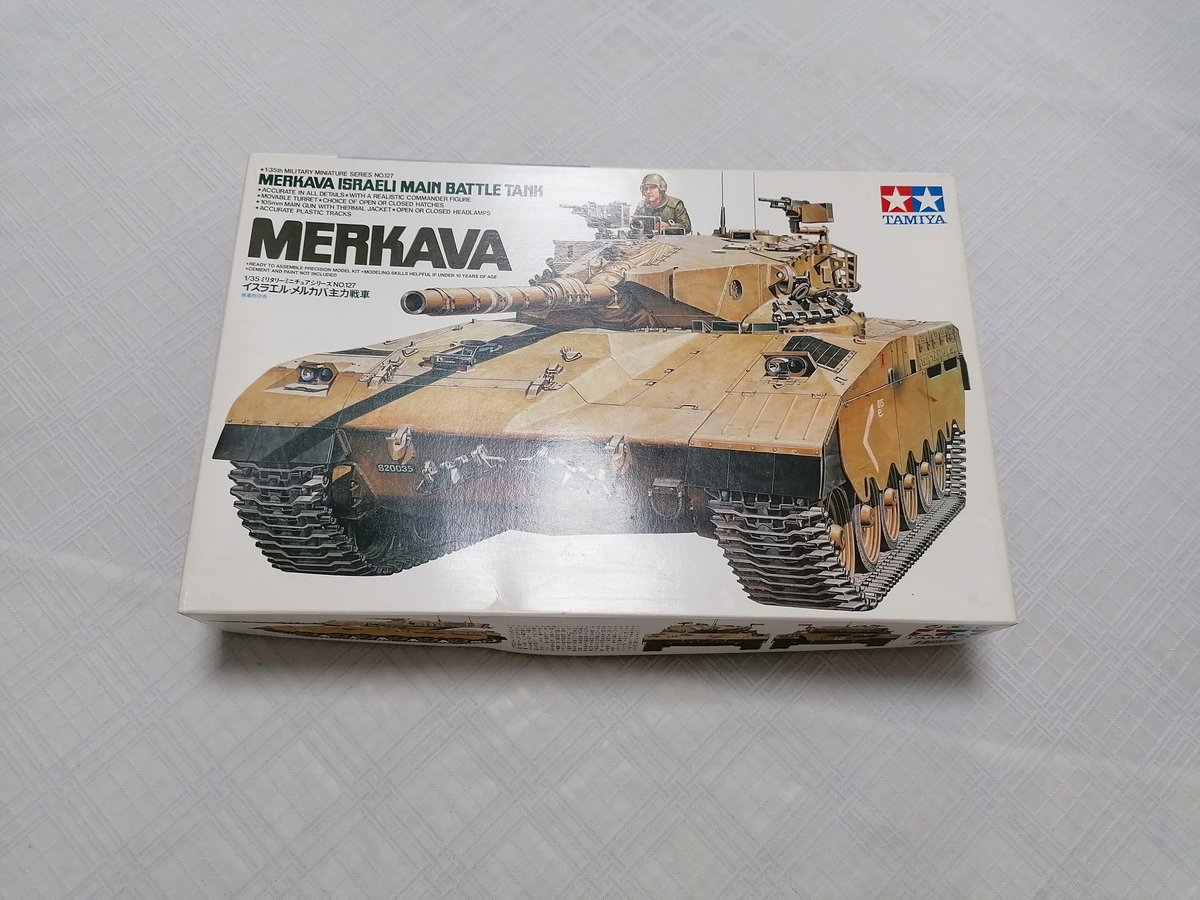 The Merkava (Hebrew: מרכבה‎ is a main battle tank used by the Israel Defense Forces. The tank began development in 1970, and entered official service in 1979. Four main variants of the tank have been deployed. It was first used extensively in the 1982 Lebanon War. The name "Merkava" was derived from the IDF's initial development program name.

Design criteria include rapid repair of battle damage, survivability, cost-effectiveness and off-road performance. Following the model of contemporary self-propelled howitzers, the turret assembly is located closer to the rear than in most main battle tanks. With the engine in front, this layout is intended to grant additional protection against a frontal attack, so as to absorb some of the force of incoming shells, especially for the personnel in the main hull, such as the driver. It also creates more space in the rear of the tank that allows increased storage capacity and a rear entrance to the main crew compartment allowing easy access under enemy fire. This allows the tank to be used as a platform for medical disembarkation, a forward command and control station, and an infantry fighting vehicle. The rear entrance's clamshell-style doors provide overhead protection when off- and on-loading cargo and personnel.

Thanks to its manhandling of the Syrian-operated Soviet T-72 during the 1982 Lebanon War, the Merkava became a well-known and feared presence. This precision plastic model assembly kit recreates the Merkava, breathtakingly capturing its form including angled spaced armor across the hull and wedge-shaped cast turret with 105mm rifled gun. Details such as the thermal cover, side skirts, machine gun and more are depicted with aplomb. A commander figure is also included.