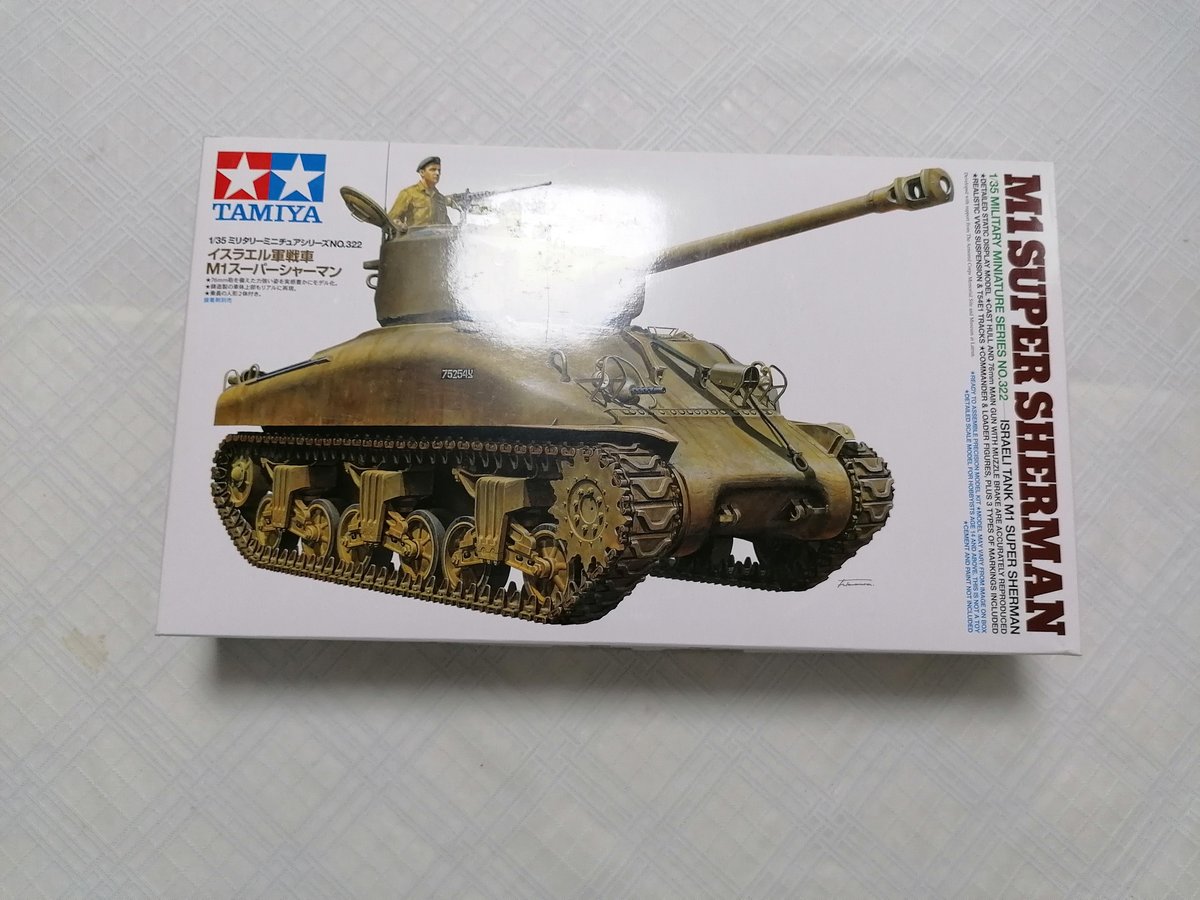 Following Israel's declaration of independence in 1948, the Israeli Defense Forces (IDF) chose the M4 Sherman as its first mainstay tank. In the mid-1950s, the IDF purchased a sizable number of M4A1 Shermans, which were armed with the 76.2mm M1 gun, to counter the Arab Armies' T-34-85s. These tanks were designated M1 Super Sherman according to their armament in order to distinguish them from earlier variants equipped with 75mm guns. Many featured curved cast hulls, air-cooled radial gasoline engines, and Vertical Volute Spring Suspension (VVSS). They first saw action when the Suez Crisis broke out on October 29, 1956, and some soldiered on until the 1970s.

1/35 scale plastic assembly kit of the M1 Super Sherman. Length: 210mm, Width: 75mm.
Distinctive form of the tank including its curved cast hull and 76mm main gun are accurately reproduced based on a thorough study of an actual museum example. The model depicts a late-type vehicle featuring the muzzle brake and one-piece loader's hatch. Realistic VVSS details and T54E1 tracks.
Commander and loader figures, plus 3 types of markings included.

The model is accurately reproduced based on the thorough study of an actual example at The Armored Corps Memorial Site and Museum at Latrun, Israel.